We were shown initially the calcareous rock formations and the taluses which are found in the mountains. This is a rock which is formed when it transforms into limestone. 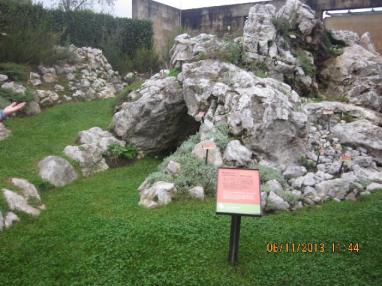 Next to the rocks there was lake, and with a little imagination, you could imagine that you are on a beach. Next to the ‘beach’, we were lucky to see a pond skater (zapateros). In it, there were more plants and tadpoles. Salt marsh is also present there, which live there in the salt water.

When visiting the above place (photo), we were told never to buy a house in a dune because of the wind, as the wind will always blow the dune away. END_OF_DOCUMENT_TOKEN_TO_BE_REPLACED

The Atlantic botanical garden was founded the 25 of April of 2003, with 25 hectares of collections and spaces of high interest. It’s near the University Laboral and the Cabueñes hospital.
Nowadays there are 30.000 plants and 2.000 different species. There are species that have been brought from the far south.  Special plants used by ancient healers in Peru who crossed to the old world for centuries.
It is organized in four main areas: Cantabria, the vegetal factory, the historic garden of the island and the Atlantic itinerary. END_OF_DOCUMENT_TOKEN_TO_BE_REPLACED